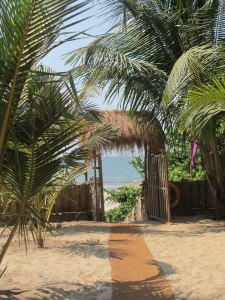 I’m reading a book but my mind is drifting to other places instead.
A lilting music drifts up to my window, some where there’s a piano being played.
Making me miss someone or something.
Triggers that lead to this reminiscing.

Music
My dad’s unwavering interest in radio, AIR belting out 1960’s songs
I wonder how my parents make-up for that lost sound?
My sister who introduced me to cassettes.
Kishore Kumar, RD Burman, Apache Indian and Take That.
The first dance with a boy, childishly romantic, except…
I was so graceless and inept.
I feel a melancholy steal upon me when I hear music coming from a distance.
As if there’s a party being held or dancing couples sighted.
And somehow I wasn’t invited. 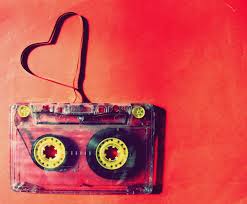 Mangoes
Raw, spicy and laced with salt, I love them to a fault.
Huddled together, skinny legs dangling from the ledge of a wall.
Scraped knees and bruised hands, legendary were our falls.
Dusting ourselves after plucking them from a tree.
In those days, best things in life were indeed free.
Escaping our neighbours watchful eye we made sure we didn’t get caught.
Devouring them in small tangy bites and the rest to be pickled just like we were taught.

Monsoons – I have a love-hate relationship with this season. Love the rains because the memories are irreplaceable.

Playing outdoors with my friends but ‘get in NOW’ my mom would hiss.
Walking on wet sand as the cute guy I had a crush on took my hand in his.
Watching raindrops chase each other on window panes.
The warmth of friends over a cup of tea and now with a more sophisticated drink.
Rains will never lose their magic I think.

Hate the rains because the memories are unforgettable.

New pencil box and satchels, shiny text books and crisp paper.
Ironing the uniform and sharpening of pencils, as the shavings, like rain, collected into little pools.
But none of the newness could wash away the fact.
It was the end of holidays and the beginning of school.

Riding my bike aimlessly on my birthday, my sister had left for Bombay.
Blinking my tears and masking my pain.
The gods cried with me I thought, in the form of rain.
The teenage heartache while breaking up with the guy I’d dated and kissed.
My first love, my friend, you will always be missed.

Trains
The slightly tense atmosphere on the arrival of the ticket collector.
The bored announcements on the PA system and the negotiations with the coolies.
Vendors selling wooden birds, bright and colourful, to kids covered in woollies.
Station master, jumbo junctions and waiting rooms used during some malfunction.
The mad dash to re- fill water bottles and greasy savouries at every major station.
Sharing food and stories, trains are a true symbol of an integrated nation.
The fight for the lower berth, usually beaten by my sister, I’d perch on the top with a sigh.
Bryan Adams crooning in my walkman while I remained mesmerized by fireflies.
Snaking its way into an unknown terrain, the interminable journeys driving you insane.
In this jet-setting life, how I long for the alchemy in a journey by train. 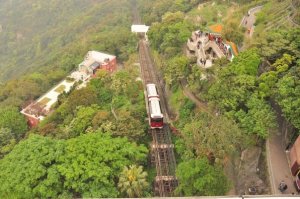 Nostalgia leaves me with a sense of loss.
Daydreaming about a future, filled with hope.
Memory and hope both time bound and equally dangerous.
Too much of either can be a curse.
But how do we decide what’s worse?

Who knows, 5 years from now I’ll hear another piano.
I’ll remember a younger me typing on this couch.
Memories, old and new.
So many and yet so few.
You might ask why I write my private memories here.
I fear if I don’t record these today, they’d disappear.