Something strange happened one weekend.
I woke up at 8am!
On weekends that’s considered as dawn.
Feeling bright and energetic I jumped out of bed without so much as a yawn.

The joy of a weekend is to have bit of a lie-in without the shrill of an alarm.
I made myself a cup of tea and enjoyed the morning calm.
Deciding to use this time productively I left to run a few errands.
Having ignored my house I decided to make amends.

I’m blessed to have a helper and a cook who are indispensable.
They’re my lifeline and like family. They’re loyal and competent.
By design or by habit the task of buying groceries is left in their trusted hands.
But seeing the supermarket I,spontaneously, thought of doing it myself, so in I went. 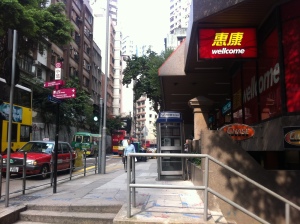 My senses groggy. My voice disembodied. I walked down the aisles, slightly lost.
The fresh colours and smells of fruits is what I love the most.
Other shoppers included either very old people shuffling along,
Or early-risers, swimmers, hipsters tying up their dogs or parking their bike.
And of course super sporty Amazonian women returning from their run or hike.

I started adding tomatoes, blueberries etc in my trolley.
Whilst admiring their bodies fit for haute couture.
Making lists of what I’d like eat during the week and feeling jolly.
Buying vegetables is a bit like buying furniture, it’s very mature.

I came home and dropped my bags on the floor.
The rumbling in my stomach was turning into a roar.
Tired but happy about the chores being completed.
Even if the money in my wallet had rapidly depleted.

The aforementioned cook and helper arrive.
What follows is a humiliating, dressing down that lasts half an hour.
My effort ignored, my morning turned sour.
The critical cook shreds me to pieces and exposes my inexperience.
So much so for my lets-do-this-grocery-shopping-more -often drive.

She starts with ” if you buy vegetables, your bank balance will come down by half”.
Why I asked with trepidation masked by a loud laugh.
She bemoans the pitfalls of career women and lifestyles she deems wild.
Expecting a rebuke I braced myself like an erroneous child.

She said: Tomatoes from the fresh market are 14$. You paid 26$.
Oh is all I said and smiled sheepishly.
She said: Why did you buy an eggplant. We already had one.
I professed a false love for eggplant and contemplated an escape. Perhaps head to the gym for a run.

She said: Why did you buy three packets of Okra? Two are enough for you.
I shifted my weight from one foot to another. Feeling small and stupid. I still do.
What are these? She points to the small packets of green stuff I’d thrown in randomly.
Finally! I have an answer for this one. I glibly assured her it’s Coriander for chutney .
It’s Pudina (mint leaves) she says in a half mocking half disapproving tone.
My confidence quickly dissipating as she continued to drone.

She then coaches me on cooking and domesticity and how it would make a man happy.
Here it comes, the ultimate blow.
Because of course not having a man is the all-time low.
At this point my helper, who’s always been in my corner, comes to my defense.
She pipes in saying my purchases are organic and therefore more healthy.

They’re imported from Australia or New Zealand she shouts over the hoovering.
Feeling bad for me as I’ve been put through the ringer.
So? I’m going to be boiling and cooking them anyway, dismisses my cook.
Unless you want to use these imported tomatoes for salads or sandwiches? She asks.
Part question, part threat. Not exactly the menu I had in mind. No, is all I could whimper.

Some might question my wisdom for tolerating a feisty cook bordering on insolence.
In a world full of robotic, indifferent people, she’s right and she cares.
I hang my head in shame. In silence.
My helper, gives me a reassuring smile, indicating what “I can say to save ya”.
How quickly success turns to failure.